There is nothing worse for a business than losing customers or having a high churn rate. Subscription businesses are just one of those who face a lot of churn, which also leads to a significant drop in subscriber levels.

There are two different types of churn – voluntary and involuntary. These two types are very different from each other and are caused by different factors. If you’re running your own subscriber business, you need to know the difference and why each one of them happens.

Let’s take a look at involuntary churn and why it occurs in subscription businesses.

What is involuntary churn?

After that, the same payment method is used for every renewal process, but the chances of the payment being declined grow more and more as time goes on. This is because the payment information, which is usually related to credit cards in this instance, can become outdated.

Since this type of churn is very passive and doesn’t happen because the subscriber voluntarily stopped paying for his subscription, it’s called involuntary churn. Because the customer didn’t take any action to update their payment information and provide a new credit card, the business has suffered due to involuntary churn.

But first, let’s see how involuntary churn affects your business.

Why involuntary churn is the silent killer for subscription businesses

Involuntary churn will kill your subscription business if you don’t know what causes it. It’s very important to keep an eye out for involuntary churn, and there are three different reasons why you need to do that.

Your unit economics can be ruined

The biggest and most obvious reason why involuntary churn is killing subscription businesses is due to the loss in revenue and the inability to grow. The growth of any company relies on the stability of its unit economics and how good its ratio is.

This is the ratio between the lifetime value (LTV) of each customer and their customer acquisition cost (CAC), which needs to be 3:1. Even if your business has a great unit economics ratio and satisfied customers, involuntary churn can still happen as soon as someone’s credit card expires.

If you don’t keep an eye out on involuntary churn, you can lose a lot of revenue and ruin your unit economics ratio. Some companies try to solve this problem by increasing prices or decreasing CAC, both of which are bad for business.

Your relationship with your customers can be destroyed

Maintaining a good relationship with customers is imperative for success. Customers need to trust a business and involuntary churn can destroy that trust.

For instance, if you’re not monitoring your involuntary churn and a customer that didn’t know their card expired gets locked out of their account, it can cause a lot of frustration. The same issue will happen if you have an error in your system that leads to rejected payments.

To solve this, you need to keep an eye on your system as well as all methods of payments, and inform your subscribers if their credit card expires.

It is rather ubiquitous

Forgetting the expiration date on a card or even being a victim of fraud can happen to anyone, so you always need to keep track of this. That way, your revenue won’t plummet.

Below are listed all the reasons for involuntary churn. Read carefully, as some of these may happen to your business.

Due to anti-fraud laws, credit cards expire after three years of use. The longer the lifetime of a customer, the chances of involuntary churn become much higher.

As we already mentioned, expired credit cards are one of the main reasons for involuntary churn. Some people simply don’t keep track of their card’s expiration date, which can cause you a lot of problems.

Unfortunately, credit card fraud happens every day and it is the most common type of identity theft. That means that the chances that one of your customers has been the victim of credit card fraud are very high.

Most people will report their card as stolen as soon as they notice they’ve been a victim of fraud, but they won’t think about the services they’ve subscribed to with that card. If one of your subscribers does this and doesn’t update their payment information, it will also result in involuntary churn.

3. Maxing out a credit card

Another reason for involuntary churn and common occurrence for many people all over the world is maxing out the credit card limit. If this happens to one of your subscribers and they fail to take care of their debt to their bank, you will be facing involuntary churn.

Every time someone fills out information about their credit card online, all of the information needs to be correct so the payment can be processed. That also includes billing information.

If a subscriber moves and their address changes, it can be very easy to forget to update their billing information, especially if you have recurring charges. They will most likely update this information with their credit card issuer, but if they forget to do the same with you, your system will start to reject their payments.

If you set up your charges to be recurring, you need to flag them as recurring in your billing system as well. If you don’t do this, the credit card issuer will believe an error is causing the billing to go from month to month. As a consequence, some issuers will possibly even cancel it.

As it was already mentioned, credit card fraud is very prevalent and that’s why issuers are always extra cautious about suspicious activity.

If you’re serious about running a successful business and cutting down on involuntary churn as much as possible, you need professional help. LTVplus will be happy to help with failed payment recovery. Schedule a call with our retention specialist to learn how to deal with involuntary churn and solve that issue once and for all.

Need a retention specialist for your subscription business? 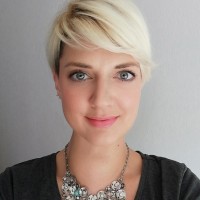 Digital Marketing Manager @LTVplus Actively participating in the digital marketing world for more than 5 years. Currently making sure that our website content is up-to-date and our blog is filled with actionable tips and advice for online retail businesses. Very passionate about dogs, topics on spirituality and Unicorns.

We love these tools

Ready to increase revenue and customer lifetime value for your business?